There's this little known fact about Einstein's theory of relativity and many have nicknamed it "Einstein Time."

This is how it occurs to me...

(and then I'll explain the quantum physics part so you don't think I'm full of it! :)

I have found that when I take the time to do my morning ritual, TIME EXPANDS.

For me, taking 10 minutes for my morning ritual ends up paying dividends during the day - gaining at least 2 hours or more in time! So spend 15 minutes to gain 2+ hours!

When I do my morning ritual, I'm much more productive, efficient and creative - not to mention more at peace, satisfied and energetic.

And the day is definitely full of synchronicities, serendipitous moments, and chance meetings. It's pure MAGIC!

It was Einstein's theory of relativity (e=mc2) that showed us that "time is an illusion."

Einstein defined time as "that which a clock measures," but with his relativity equation, he showed "time is flexible." It's elastic.

You know when it feels like time is speeding up?

That's not your imagination; it really is.

According to Einstein, if the speed of light is invariable and absolute, then both space and time must be flexible and relative to accommodate this.

In other words, it's how our brains are wired - it's our own consciousness that is controlling our perception of time.

So if you want to expand time, (i.e. have more time during the day), then enlarge your capacity to handle anything that comes your way by starting your day with your morning ritual.

You know when in you're in a "flow state" and then you look up and time passed so quickly? Author Nancy Kress describes it like this, "When a story is flying along, and I'm so into it that my 'real' world goes away, it can feel magical. I cease to be, my desk and computer ceases to be, and I am my character in his world. Psychologists call this a 'flow state,' and it's better than publication, money, awards, fame."

And by the way, this "flow state," is when your brain achieves Alpha state. And there's no better way to get your Alpha waves going then drinking matcha - it's proven to boost Alpha waves - and you know what else increases those Alpha waves? Tuning in: meditation...science proved that too - and now you can do both!

Now off you go - creating Einstein time, getting those Alphas going, and getting into a flow state! 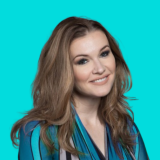 Christie Turley is the founder of Take8Love, a cutting-edge company dedicated to helping super achievers and health conscious people thrive. Whatever you are here to create, it starts with Taking 8. Create your own Take8 ritual with this free downloadable kit.

How music affects you

Listening to uplifting music really does make a difference in your clarity, mood and productivity - and science has proven it.

One of the most stressful times of my life became lighter by doing this one thing.